Create an Account - Increase your productivity, customize your experience, and engage in information you care about.

Judd Parkway is an excellent example of many of the ways roadways get built in Town. Judd Parkway has been in the Town's long range roadway planning since the mid 70's when its vision was first laid out as a means to provide regional and local traffic a better way to move about Town rather than clogging the downtown Fuquay and Varina districts with traffic that is "just passing through." Segments of Judd Parkway were added to NCDOT's long range plans and were put into the pipeline for construction.


As the Town saw its first rounds of major growth in the 90's, the Town determined to build the Southeast portion of the roadway (N. Main Street near Town Hall to S. Main Street at the Town's Community Center) and approached NCDOT with a plan to construct the roadway. The Town was responsible for getting the Right of Way donated to support the new roadway and in return NCDOT would build the roadway. This plan came to fruition and this was the first segment of Judd Parkway to be completed. 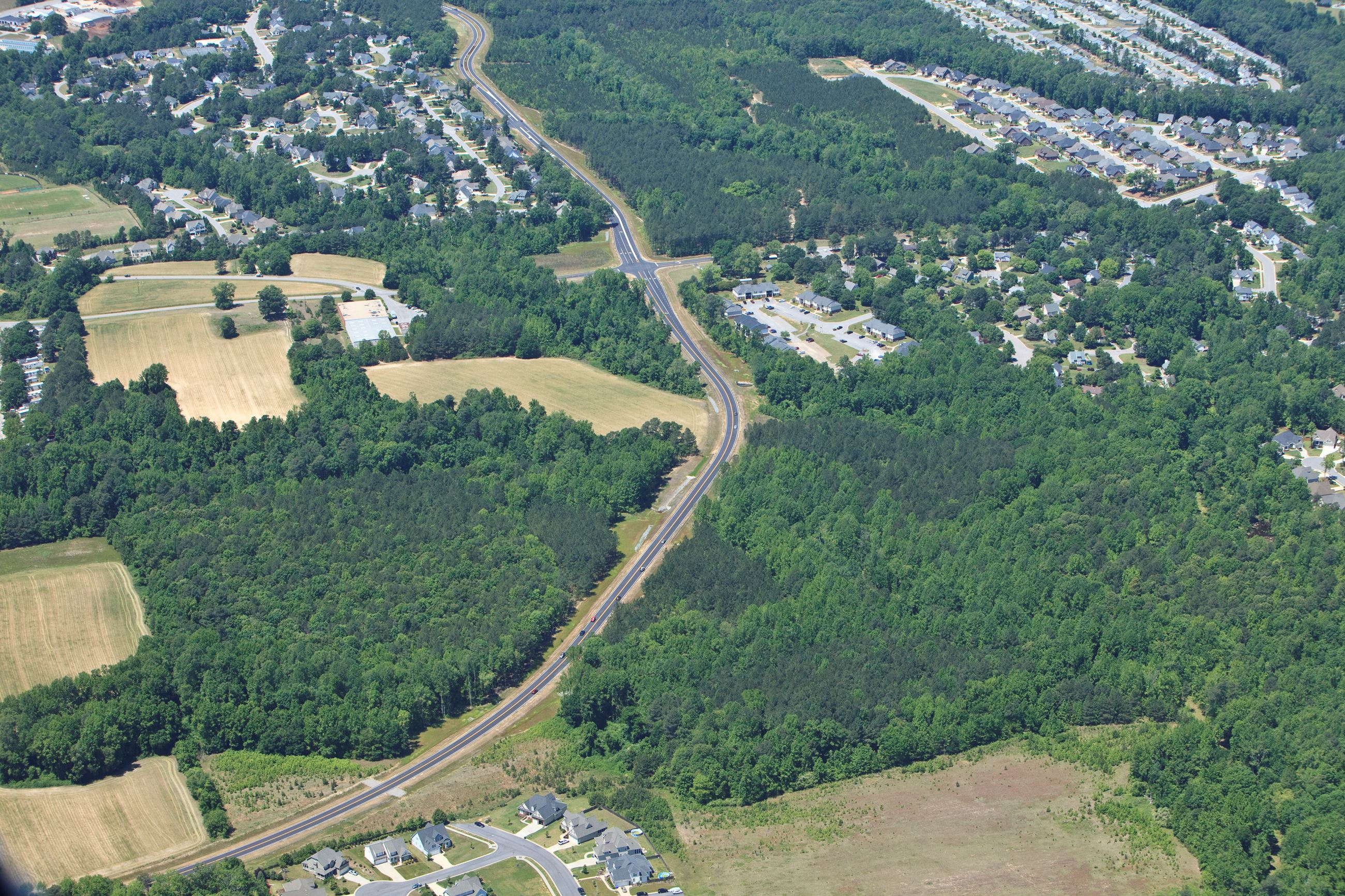 In the early 2000's developers began to be interested in the area along the proposed Judd Parkway corridor to the West of South Main Street and developed the Southern Oaks and Southview Pointe Developments These developments were responsible for constructing a good portion of SW Judd Parkway. The Town also constructed a portion of the roadway between these developments to connect them together.

In the mid 2000's, it became clear that growth was going to overwhelm the existing transportation facilities, mainly Main Street in Fuquay and Broad Street in Varina, that largely could not be widened because of the downtown development. As a result, the Town began to aggressively push NCDOT to complete NE Judd Parkway (from N. Main to W. Broad Street). When it became apparent that NCDOT's schedule for construction of NE Judd Parkway was not soon enough for the Town Board and Town Staff, the Town put a bond referendum out to the voters to support 8 million dollars in roadway construction. The 8 million dollars was used to construct NE Judd Parkway and the remaining missing section of SW Judd Parkway so that now ¾ of the Judd Parkway loop has been constructed as of November 2013.

In November 2015, voters overwhelming approved $21 million in transportation bonds to pay for new roads with the goal of improving traffic congestion in critical areas.  The completion of NW Judd Parkway is one of the projects funded by the 2015 Transportation Bond.  The 2.2-mile NW Judd section, opened on May 7, 2021 completing the loop around town which is approximately 7 miles.

To summarize, Judd Parkway has gone through the various steps described in How a Road Gets Built.  The road represents roadway construction in almost all of the different ways that a Town like Fuquay-Varina can approach roadways. Sections have been completed by development, completed by the Town on its own, completed in partnership between NCDOT and the Town, and sections completed under grants from Federal Highway dollars. This represents a long term vision that has spanned several Town Boards with the intent of providing a base to work from to improve traffic around Fuquay-Varina.
Agendas & Minutes
Online Services
Maps
Town Employment
Transparency Portal
Contact Us
Government Websites by CivicPlus®
[]